Until you wake up.

December 17, 1770 is the day that Ludwig van Beethoven’s name is first noted in a public registry, in the public records of baptism in Bonn. Since the actual day of birth is unknown, as was the custom at the time, this is regarded as his birthday. He would have been 251 today, yet he reached the age of eternity.

Today, I listened to this, one of his latest and most gobsmacking works. Words fail. Words fail. As they should. It became overbearing. He died just one year after composing this. His sense of impending mortality is all over it.

I’ve had for some years this abiding wish to disappear from the work of perpetual public teaching — and it will definitely be accomplished, hopefully quite soon — and live somewhere quite simply, meditating in silence and also meditating the rest of my days deeply on Beethoven’s late string quartets. In moments of extreme fantasizing, there would only be this music, and none other to taint the ears.

Thanks to his birthday today, I was able with this listening to put a tiny down-payment on that aspiration, after everyone in the Zen Center had gone off to sleep and I was alone again.

The spaces between these strings is vast and cosmic, and I shall build a home and rest there one day. Happy birthday to you. 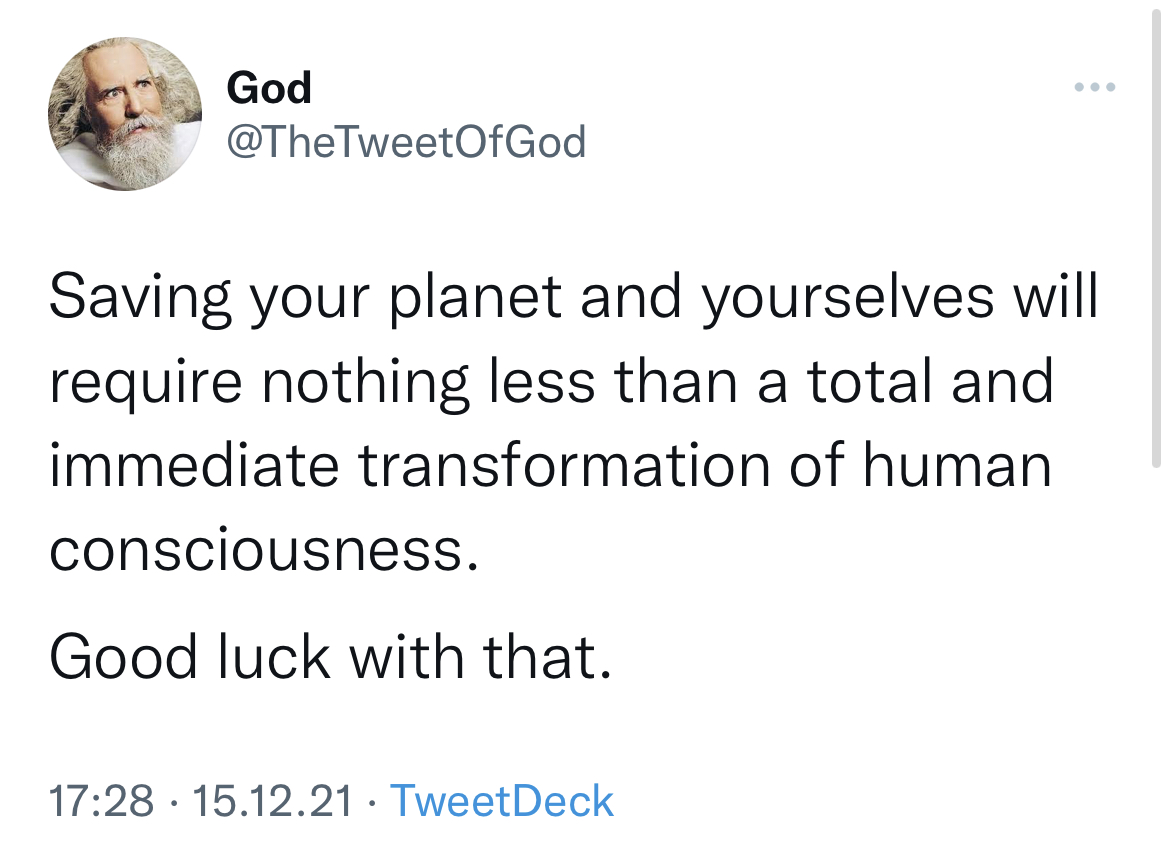 Globally: We might be fucked more than we realized.

Got the booster shot yesterday. No ill effects whatsoever — nada. They might have injected me with Sprudelwasser, for all I can tell. So fortunate to live in an age of such excellent science.

In other useless breaking news, a visit to the eye doctor today revealed excellent vision — even better than my age. They were particularly astonished at my long-distance sight. Absolutely excellent. And no appreciable need for reading glasses, either, “for at least several more years, if at all” she said.

Today’s MRI of my crippled knee, however, revealed a torn meniscus, as I’ve suspected. The culprit: deteriorated knees due to excessive prostrations and a bazillion hours doing cross-legged practice, all products of my wasted youth.

So, I gotta take it easy. That’s why I only lead the evening chanting during the daily livestream. Even sitting in a chair makes it extremely stiff and painful. Mostly lying down, heavy drinking (collagen), and irritating people during short pokes around the Zen Center on my crutches. 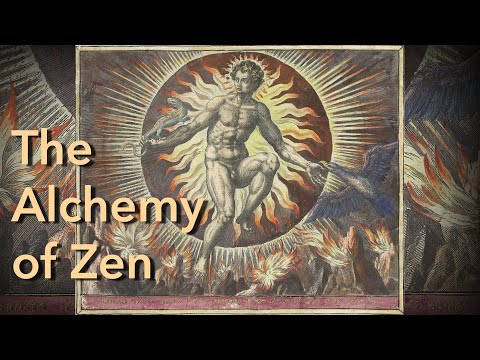 “The hundred grasses are the Mother of the Buddha.” Our tangled sufferings produce the awakening mind, or “buddha”, but we have to do the alchemy of serious, persistent meditation practice to realize this.

[A Google Shorts excerpted from “Let It Cook You!” — See the longer video for more.]