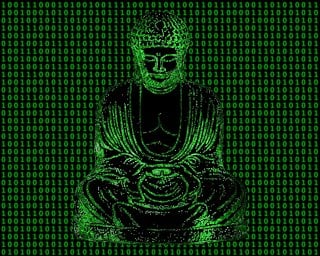 I have not been posting here in several weeks, and several readers have asked why.

The 30-day Summer Kyol Che intensive silent retreat at Zen Center Regensburg (concluded last month) requires all of the focus possible, especially in an especially hot and ever-warming summer. Due to minor, yet nagging health issues that became apparent during the retreat effort, a good deal of rest was required when retreat ended. I had to take a break, during which time I visited Jerusalem to do some teaching. Some of these experiences will be shared in the coming days.

Now, I hope to be a little more productive sending along some impressions and insights.

To be honest, this whole blogging concept is still, right now, only an experiment. It is secondary to protecting the atmosphere of silent daily practice, a tool I am not yet comfortable with, especially for this student of a Teacher who often said, “Don’t make anything!” I am especially wary of creating any extra noise or distraction through this. Buddha forbid! it somehow leads, in any way, down that hellish path to “fame” and “celebrity” I experienced in Korea. That was truly an exquisite suffering-pit that has taken nearly a decade to cleanse out of the system, and has left so many charred bodies and souls behind, for which I am always terribly regretful.

The bodhisattva of compassion, the Thousand-Eye-and-Hand Bodhisattva (Kwan Seum Bosal, in Korean; Kannon, in Japanese), is merely a figurative representation of our innate capacity to use all possible expedients for saving all sentient beings from suffering. In its best expression, this blog might hopefully be one of those hands-and-eyes. Let’s see how long this one remains effective, and let’s use it not a day longer than necessary. When I first began blogging on Tumblr some years ago, I purposed the writings as “a digital finger pointing at the moon.” Let’s hope this “digital finger” doesn’t poke open a portal to my own private “matrix” of greater fame or notoriety. Fully aware of the irony of stating things this way, in a public blog, while sharing it on social media. But I’m willing to brave the potential flames to inspire even one single person toward the path of practice.